We are a start up, ComeTogether, that gives control of the whole ticket lifecycle to event organizers, with the power of blockchain. As events were particularly hit from Covid-19, we were looking, as many businesses, for ways to adapt to this new reality. We soon realized that the technology we have built for event ticketing, can be used with small adaptations for immunity certificates, which in turn would be the fastest root, to safely return back to the full spectrum of economic and social activity, including events. The solution became even more urgent when we realized that it can safely bring recovered health workers back to the frontlines. The benefit of our ticketing solution, with a blockchain ticketing engine and dynamic qr code and face recognition ticket interfaces, is that it combats ticket fraud and scalping, as ticket resales are controlled. The same requirements exist for immunity certificates. They shouldn't be transferable and need to be tied to an id biometric, such as the face. Finally the use of blockchain 1. ensures data security and along with encryption, confidentiality, 2. saves the certificate from political implications, such as one government not trusting data that are stored on another government's servers, 3. ensures zero downtime.

Authorized centers test people with serology tests for the presence of antibodies. Urgency now is for SARS-CoV-2, but the solution can be used for other pathogens as well. When someone tests positive for antibodies (either previously infected or vaccinated), they are granted a certificate. The health worker that grants the certificate connects it with the user's ID document as well as their face (biometric id). The user can download the BackTogether app and take a selfie, or ask the health worker to take a photo of them, for the training of the face recognition algorithm. Note that both the ID of the user and the face hash, are stored encrypted on the blockchain, so sensitive data remains confidential and are only used for validation purposes. Later on, the aforementioned user needs to prove their immunity to authorities (eg. to an airport to allow them to travel) or to a private organization, that requires it to allow entrance in their facilities (eg a crowded place, such as an event, or the offices of a company). At this point there are three ways for certificate validation: 1) The inspector scans the user's ID document, 2) The user unlocks a dynamic qr code (changing every few seconds) through face recognition on their BackTogether app on their phone, which in turn the inspector scans, 3) The entry points have face scanners.

We built it by using part of our already developed and successfully used in 14 events, technology for ticketing. Our tech stack includes from the backend to the front: EOSIO smart contracts written in C++, MongoDB and Node.js server, React Native for the mobile app and the scanner. The smart contracts are deployed on EOSIO testnet.

The cost and scalability required for this solution to scale globally. The cost of deploying the solution on EOS Main-net is not prohibitive (around 200,000 Euros for 10M certificates) and its scalability, can reach up to 10,000 transactions per second. However we are also considering the deployment a hybrid (both permissioned in some ways and permission-less in other) EOSIO blockchain, where trusted authorities of the ecosystem (eg governments) can run their own block producer nodes. This will have the benefits of even more scalability and significantly smaller costs.

Bringing ComeTogether to the market, bootstrapped with no outside funding and being among the second company worldwide to issue tickets for real events on a public blockchain, offering unprecedented value to our customers. We won the ANTIVIRUS CROWDHACKATHON 4 days after thinking of the BackTogether idea.

To work with ML Kit for Firebase (text and face recognition).

Winning the Global Hack! :) In the context of the global hack we will expand our solution with face recognition and dynamic qr code. So far, only the id scanning validation is implemented. Additionally we are going to reach out to the responsible bodies, of countries and try to have them adopt our solution in their jurisdictions, for recovered people to start returning to the full spectrum of life as soon as possible, in order to reduce the economic and social damage and help the rest that unfortunately have to remain locked down until a vaccine is out. 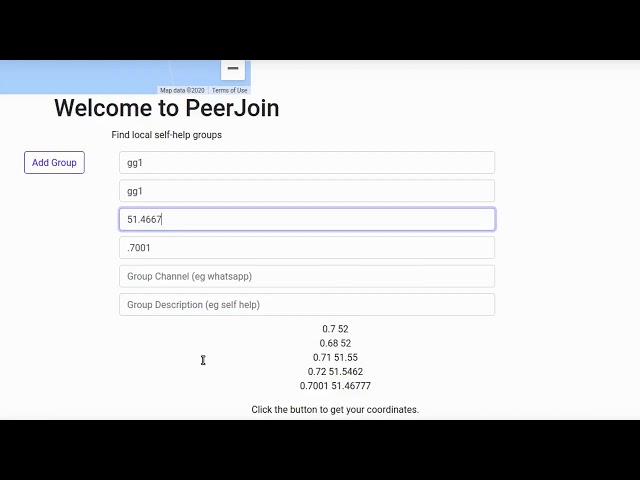