For the inspiration aspect of this project, I got the idea from my parents and a lot of that I surround myself with as I noticed that they always had phone calls with each other complaining about the shortages of food in grocery stores, along with basic necessities such as toilet paper. Thus, I knew I had the right idea and all I needed to do was make it into a prototype.

As you open the application prototype, it will prompt you to login or sign up. Then it will tell you a little bit about the app and then it will prompt you to get started. Once you hit that button, it will ask you what you are shopping for. For instance, I would like to buy some tomatoes. When you hit that button, it will then ask you what type of delivery service you would prefer. For this one, I chose a community delivery that would be buying someone else's groceries that they already bought. They would put their listings of groceries they have in the app to sell. Then a user like me, who does not want to go to the grocery store because it is to busy will buy it off my neighbour who has some extra tomatoes that they don't need. The next type of delivery service would be a community pool. In this, everyone around the community would put in the orders of what they would like ordered and instead of 50 people going to the store only 1 person would need to thus make the traffic at the store a whole lot less chaotic. Finally, if the user does not desire either of those options they would then go for direct delivery by the company. So the tomatoes I just ordered would come right from Walmart. As of the delivery aspect, each seller would receive a plastic, reusable box from Collectr to store their groceries in for them to sell to customers. Most of the "pick up points/locations" would be situated beside things that people already know such as mailboxes.

I built this prototype application by designing a beautiful user interface and planning out how the application was going to function coordinately. The tools I used in this project was a some CSS, Java, (for some testing I had to do before), Adobe XD, Invision Studio, Photoshop, and Illustrator.

In terms of challenges I ran into, I had some trouble making the connections between the different panels for prototyping the design together into one seamless app. Other than that there was only one other thing that sometimes kept on happening. This would be that my laptop sometimes kept shutting down as of overheating. As of this, it slowed down my design process by quite a bit but nevertheless, I still managed to complete the project on time.

Accomplishments that I'm proud of are that this is the second COVID-19 Application I have built and that my designing skills have grown impressively over the course of this project.

I learned that designing takes a lot of patience and that you need to overcome that fear of not finishing. Furthermore, I learned most or all of the skills in UI/UX development in this project as that was the main focus.

In terms of what's next for Collectr, I hope to expand this prototype application into a real Android and iOS applications, since I couldn't make it as of the sheer lack of time.

Overwhelming evidence suggests that widespread mask usage will greatly reduce the spread of COVID-19. Our website allows people to share masks they have with hospitals and the public. #masks4all 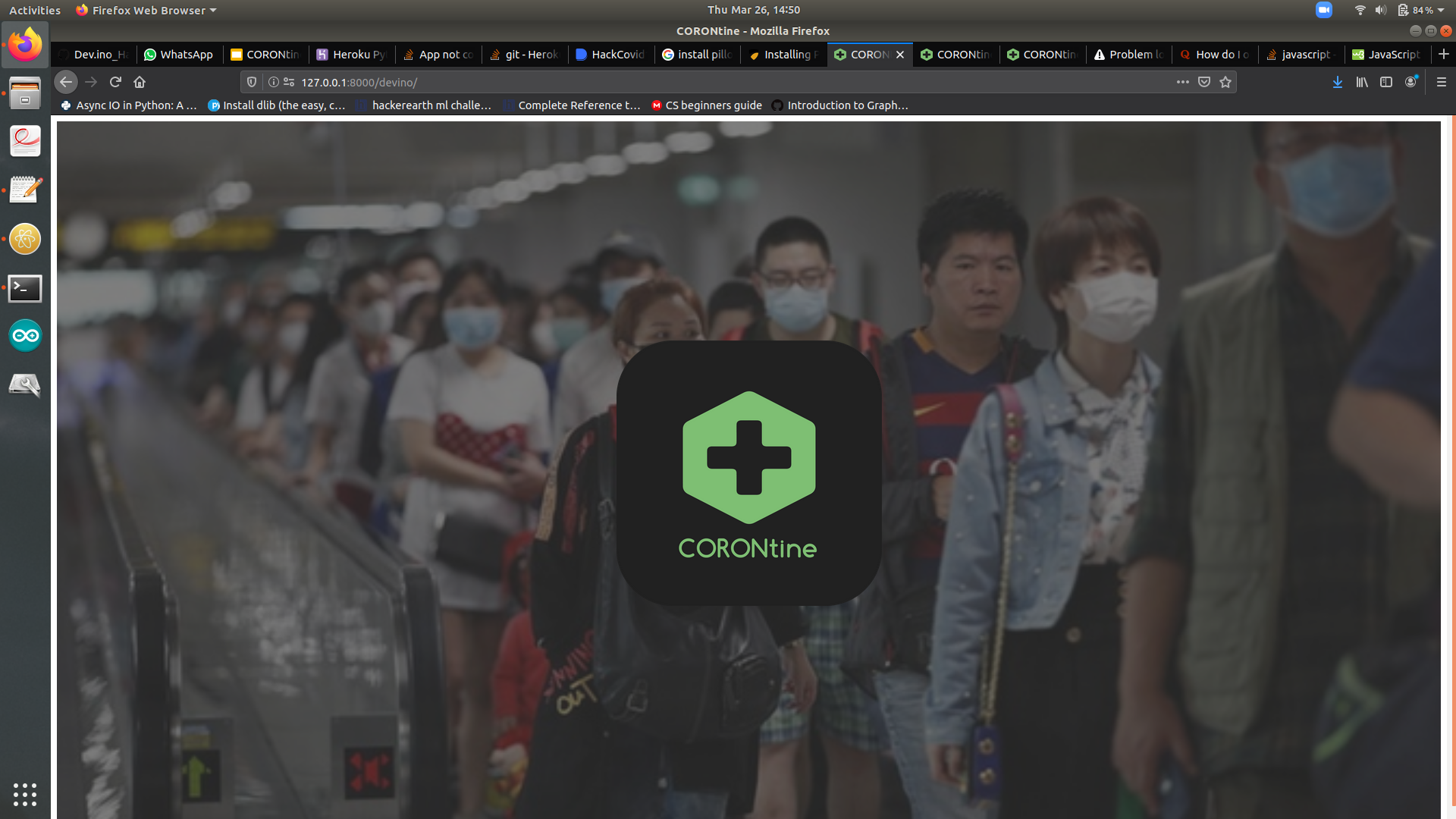 CORONtine works on automating the scanning of patients for basic corona symptoms at public places thus reducing the risk to the doctors at ground zero.