Everyone around is an inspiration for me(specially my parents,Who during a conversation provoked me in the making of this project)! People who are even getting allergic and sneezing are thinking that they are now affected by the disease!. Everyone is panicked and tend to go to the hospitals for checkups, even when it is not necessary increasing the chances of spread of the virus. So I wanted to make something for common people who can run it to find if there is the need to actually go to the hospital or not! With this the need of tracking affected and/or potentially affected people is also very important for countries who have still not entered the phase of community spread, so the government can also use the project in doing so.(Through maintaining a back end database)

It starts by taking in inputs related to the problems they are facing and adding the scores accordingly allotted to the mentioned problem, also including some important information related to their travel history. The added score is then to be tally-ed with the reference chart that is given in the next page... The course of action to be followed after that is also clearly mentioned!

The build in process was done on the NetBeans IDE using the prior knowledge of Java, connectivity and sql I had.

Building an application is itself a challenge. But the basic challenge I ran into during the project was the process of debugging the codes. Specially calculating the score is the challenge as the final score depends upon many factors and combing all of them is a tedious task(With a faculty's reference I got help from my college senior Ujwal) . Also I wanted to add in many more features to it which I could not do due to the shortage of time.

I made the project (including getting an idea about the project) in just 2 days. From the very start I just had one thing in my mind that I wanted to make something which could help all the people panicking around! And also I lost my touch with Java since past 2 years though I was continuously in a programming environment, but Java was never one of them in my last 2 years's projects and works! I am very proud that I could complete the project!

I have learnt about how some basic concepts can lead to the making of a project. And most importantly I have learnt that using your brain in something fruitful, in working towards the welfare of people can actually help the world! The state of fear is usual but state of panic is not needed, anything resulting out of panic will lead to more problems.

COVID-PanicBuster can further be improved to make real time connections with doctors and confirm if there is need to get tested or not. Apart from this the project can be modified again to work as an interface between people and doctors and also suggest medicines in place of scores on the basis of choices made (The suggested medicines might come from the databases created by the doctors) This will further stop people from taking wrong medicines just by surfing through the internet, which is most common these days 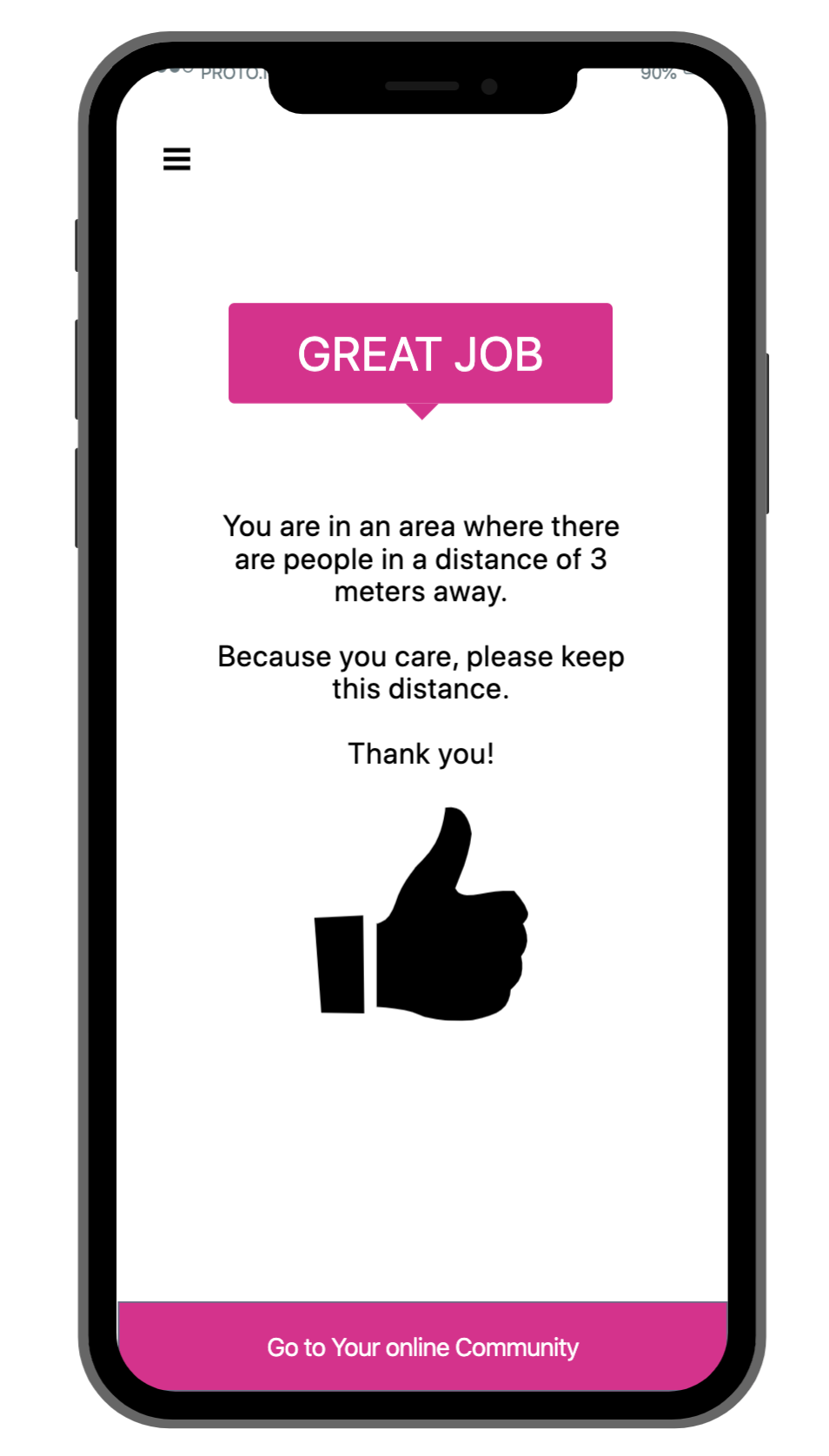 People need to keep distance. With the right technology we can help them. They get motivated to stay away, based on exact location based data. We can save lives together.