In recent years, the human population is growing in extreme rate and hence the growth has indirectly increased the incidence of the crowd. There is a lot of interest in many scientific research in public service, security, safety and computer vision for the analysis of mobility and behavior of the crowd. Due to a crowded crisis, there are large crowds of confusion, consequence in pushing, mass-panic, stampede or crowd crushes and causing control loss. To prevent these fatalities, automatically detection of critical and unusual situations in the dense crowd is necessary. People visiting various malls and students studying in universities face a lot of difficulty because of the rush. So far there has not been any significant improvement to tackle this problem effectively. Our project aims to tackle this issue by providing a system for collecting, processing and visualizing the crowd behaviour. The end result of our system is a web and app user interface where users can browse through a range of information related to the crowd distribution and crowd movement within a campus and a city.

This project combines the power of Wifi devices, Big data, Machine learning and Data Visualization techniques to promote smart living and management. The main idea of this project is to analyze the CCTV in real time and tracking the Wifi probe requests of users for automatically sensing the crowd distribution and to provide statistical data to the users. The use of big data is to analyze and predict the level of crowdedness among the various places in the city and inside the campus also. It also captures the crowd movement to locate critical and crowding spots effectively. Furthermore, it monitors the crowd conditions and waiting time at important locations such as bus stops, railway stations, airports, religious places, campus canteen and uses Artificial Intelligence techniques to predict the upcoming crowd. For example, people can check the current crowdedness conditions and waiting time at bus stations and make smarter decisions on their mobility. Through big data analysis, people can not only compare the crowdedness but also can avoid the peak hours by AI prediction.

In this Pandemic situation, Social distancing is in much importance, without which there is a high risk of people getting affected by the virus. So we can use the surveillance cameras that are available at many location and compute, analyze the crowd density of a particular location. If the crowd density of a particular location is found to be greater than the allowed crowd density, we can alert the police authorities and it would be a great use for them to track the people who are not following the rules that are put forward by the government ie, we can prevent large crowd gathering which may lead to more people getting affected.

Crowd detection  and density estimation  from crowded  images have a wide range  of application  such as  crime detection,  congestion,  data driven smart campus,  public  safety, crowd  abnormalities,  visual  surveillance, urban  planning, bus stations, restaurants and various other places. Nowadays, crowd analysis is the most active-oriented research and trendy topic in computer vision. As a result, it will definitely help to make emergency controls and appropriate decisions for security and safety. This system can be used for the detection and counting people, crowd level and also alarms in the presence of dense crowd.

The objectives of this project are:  Develop an automated system for collecting and processing input data. Develop algorithms for observing the crowd size in various places and predicting the crowd. Raise alarms in the case of over crowdedness. Design and build database for data storage. Build an intrusive app and web user interface for visualizing the crowd distribution and crowd movement information.

Thus, our project handles the difficult issue of including the quantity of items in pictures, a universal, principal issue in computer vision. While people and computer vision calculations, are profoundly blunder inclined, our algorithms and IOT devices consolidate the best of their abilities to convey high accuracy results at moderately low expenses providing an effective solution for this imminent problem.All these are back-end working of a web interface and a app that allow authorized person to sign in and gather the details about the targeted location from anywhere. 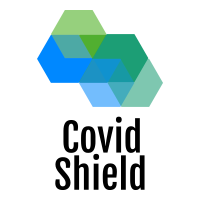 Elderly people's stress on not getting general information or connecting with doctors in different countries.