Our team wants to help the generations after us in obtaining coding information more conveniently than what is currently possible with other search engines (Google, Bing, Duck Duck Go, etc.). There is a lot of unneeded information that is displayed when searching for coding information. For this reason, we want to make a search engine specifically designed to help students and developers find the code they need.

We built our final product using a five step model:

We obtained the data from a very large dataset of GitHub repositories in Google Cloud, using BigQuery, a SQL-like tool for querying big data. We limited our search to Python repositories, so we could rely on the syntax of code and comments to be specific to Python.

In order to extract all the python specific data with BigQuery, Google Colab was used to convert the data into one condensed pandas table with documentations in one column and functions corresponding to the documentation in the other. In order to ultimately relate the user input (in the search engine) to specific python functions, docstrings needed to be extracted and taken apart from the GitHub README's to compare them when creating the model.

Step 3: Running the data through the model

After extracting all the python code with the docstrings, we started fine-tuning a language model (BERT language model) to generate embeddings for the docstrings. This way, when we get the user input, we represent it as a vector, and map it into the same vector space as the docstrings vectors, and return the “K nearest neighbors” functions associated to the k vectors.

Step 4: Backend processing of the data

Once we created and trained our model, we made an interface using Flask. Our back-end receives the user input, processes it, and returns a list of k functions that describe the same concept.

Step 5: Built and integrated back-end with the front-end

We used Flask to connect the front-end and back-end and provide the user with a readable table that consists of a list of functions and its corresponding source URL in a run time comparable to that of Google.

We wanted to host the app on Google’s AppEngine; however, errors occurred during deployment which vastly increased the difficulty of publishing the app. We also faced severe computational limitations which limited the amount of data used to train our NLP model.

We are proud of completing our own search engine! At first the team was daunted by the task of making a localized search engine in just 36 hours, but we remained steadfast, and the team’s resilience and perseverance is what pushed everyone to work in a cohesive unit while having fun. We are most proud of having a completed product after running into many different challenges, such as the difficulties of cleaning and subsetting an enormous dataset, learning to use Google Cloud Technologies, and connecting our underlying code to a sleek user interface.

We as a team learned much about different skills that we were not very familiar with at the start of this hackathon. For example, we learned the intricacies of BigQuery, different machine learning and data science related techniques, connecting front-end and back-end code. We were introduced to many different interfaces that we will be sure to use in the future (Google colab, Google cloud, Postman, appengine, and even Flask). We also learned about the importance of keeping an open mind. In the beginning this team started with just two highschoolers, and soon after, two other slots were occupied by college attendees, one whom resides in Africa. Our varied backgrounds and experience made for an interesting group dynamic, and made our successes that much more gratifying. Though making an app engine is not something any individual would try to do in just 36 hours, our team did it by staying dedicated and on task while also getting some sleep! Overall, the experience was a fantastic one and our hard work paid off with.

DiscoverCode is implemented just for Python functions at the moment. Thus, whatever the user currently searches up (ex. how to add two numbers) will only show up for the programming language Python. We applied this restriction because we did not have ample time, or the computing power to include more data or more programming languages. For this reason, the future of DiscoverCode will be to implement other programming languages into its interface to support the desires of all developers. Also, due to difficulties with Google Cloud, we were not able to connect the front-end and back-end of our app successfully through a website, so we had to run it locally. In the future, we will make it open to the public. 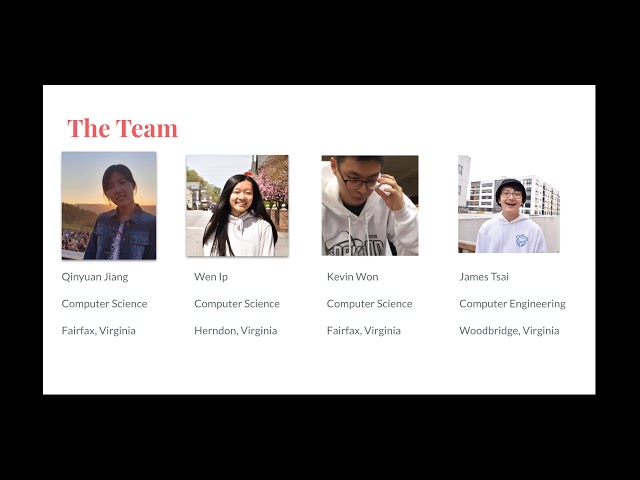