Hopeful Home is a mobile app aiming to aid, support and empower victims of domestic abuse. To keep the user’s safe, hopeful home will appear as a calculator called TrigCalc. Just another mundane app. When the app opens it completely functions as a normal calculator, so if opens nothing is of suspicion. However when you enter the correct password you can enter our app.

Hopeful Home app helps people experiencing domestic abuse by providing a safe Haven for users to log how they feel and gain knowledge on what will help them.

Hopeful Home app helps people experiencing domestic abuse by providing a diary feature where they can log their days. Therefore they can read over this later on for self reflection.

Hopeful Home app helps tackle the 28% of failure to help domestic abuse victims because there is a lack of evidence by providing a discrete recording feature hidden behind the calculator.

Hopeful Home app helps users easily reach out to people in an emergency by providing an SOS button which can be programmed to call who the user desires. 3 options in case the first 2 do not answer for extra safety.

Hopeful Home app helps users to discover patterns in their feelings by integrating a tone analyser.

During these tough and unknowing times, we decided that for us, as a team the most important aspect is the mental and physical well being of those who are lucky enough to not be suffering with COVID-19. In particular, we have chosen to look at a shocking statistic and work towards lowering it as part of our achievements from the app. Domestic Abuse figures have gone up 25% since the lockdown has started across the world, and more people now than ever before are facing aggressors in the household. With the outside world not being safe anymore, we aim to make the home a safe environment for as many as we can by educating, aiding and empowering those who are victims to abuse. Hopeful Home is an app reaching out to all genders, all races and all ages in the UK. It is critical that in this moment in time, people are supported and not isolated and this is where Hopeful Home comes in. Our inspiration also came from the women we talked to and what they felt was crucial for the app. We spoke to many women and all their feedback was integrated into the idea, such as adding a GPS tracker for the closest help service and having a place to upload Screenshots of the app. In addition to this, we were inspired immensely by the great speakers who gave up their time to come and speak to us during the live streams. Some in particular include the speaks on the first day (Mandy Sanghera and Ganesh) as they stood for similar problems that we stood for as well. On top of that, our mentors that we worked with were a huge inspiration to us, and the ones who believed in us and persisted to keep us going, even when the coding was going all wrong, and the designs were terrible. From them we have sparked a light in the correct direction and hope to help others, as they have helped us.

To an unknowing eye, Hopeful Home is a simple mundane calculator app, named Trig Calc. However, using the calculator keys, typing in the pin code, takes you into the real app. Safety is the most important aspect to us. Therefore, the pin of the app will change weekly. Incorporated into our app is the AI chat bot. The chatbot is named Haven; a place of safety.The chatbot answers any concerns or questions the user has. Hopeful home also has a diary feature to write in accounts of their day. They can use this to keep track of their days and for self reflection. and uniquely, an audio-recording element. Unlike traditional microphone features, whilst recording, the screen is hidden via the calculator which is an extra security element. To empower the victim, we have also integrated education including their legal rights, preventative advice, places for support and positivity. From the women we spoke to we found they were not sure about what to do and their rights and options - so that is why the education element is so important.

How we built it:

We first began by using Agile Planning to ensure we would work smoothly. We made an MVP roadmap and outlined the 5 layers for agile planning. This was also accompanied with our Trello Board. We conducted extensive research for the entire 9 days and gained extra knowledge from our calls with Barnardo's Phoenix Project. We firstly began with a design specification which featured elements which victims (which we spoke to) said would be impactful. We then made a chatbot from scratch and built our own model in Python. Then we began making interactive wireframes (which are linked below) to portray everything. Furthermore, our developers then began making a Minimal Viable Project in Swift.

Challenges we ran into:

Thanks to great team work and communication, there were very few problems that we ran into that we couldn't solve with hard work. Firstly, a problem we faced was integrating the python chatbot into our swift app promptly. So we came together as a team and decided we would transfer the chatbot we made from scratch into DialogFlow. (A natural language understanding platform used to design and integrate a conversational user interface) which was easier to integrate in our app. Another problem we faced, specifically the developers, was trying to link all of the different codes together to make a fully working prototype of the app. Design was not easy either, as we had too many things that we were trying to cram into the design. We then decided that it would be best if we went for a single colour scheme (blue) and not to bright but more pacifying shades of blue. We also then after a lot of trial and error, decided to make the illustrations on both the website and the app hand drawn so that we could give it a more homely feel, especially since the images we had seen previously weren't giving the correct ambience that we hoped. We also found it difficult to add a scroll view in Swift

As a whole we are all proud of ourselves and each other for building a potential app which could work and support a part of society that is vulnerable at the moment. Some of our accomplishments include, building the wireframes, building a website from scratch, personalising and designing our website to suit our needs, and actually coding the app on swift. Then we linked the codes together so that the app actually functions, We also did mass amounts of research and got in touch with a lot of people and charities such as Barnardo's and Women in Aid who are proud of the app, and see lots of potential in it. We have accomplished most of the app being made and then the website as well. We have also accomplished a lot in terms of development of the idea of the app, and the improvements that have been implemented through the feedback. Our pitch was also a very hard part of our project, as it had to incorporate all of the elements into 3 minutes. We worked hard and accomplished a lot to get the pitch and the video to be to the best of our ability.

We have learnt a lot from this experience, including teamwork, collaboration, communication, hard work and a lot more. Our problem solving skills were enhanced and our friendship with others bonded. We also learnt how to code in ways we had never learnt before, and everything from the AI to the design developing was a new learning curve for the team. We learnt the most intricate things about the different types of design, and the most advanced things like how to make a pitch and sell your idea, and how to fund different companies. Furthermore, we learnt to trust and work together as a team, collaborating and communicating to make all of our small goals in the project be fulfilling, so that we could reach a larger goal as a team of building the app. We also learnt the importance of idea developing and feedback, and that the first idea is very rarely the best idea. When we heard feedback from different people, we got perspectives that we had never even thought about before. For example, when speaking Mandy Sanghera an international human rights activist, we were suggested to put the app into different languages for people who couldn't read English, and this was something we had just glossed over as the team. Also, after speaking to Barnardo's we understood why self-defence is ultimately the victim inflicting harm and asking for more violence. By trialling and testing the app with different people, we got such a wide variation of feedback that we are so grateful for, which assisted us in learning the importance of frame of mind and views.

What's next for Hopeful Home

After contacting many charities and people with experience in domestic abuse, we were told how much potential our app has. Barnardos and Women's aid both proposed to work with us, and have made connections with forced marriage unit, Coventry university and foreign office. We will decide to make our app into either a charity or a social enterprise, in which it can self-fund itself. Having great mentors, (business and design and Mandy Sanghera coming on board as our adviser), we believe that we can work towards helping millions of people, (soon internationally as well) to face abuse and be forced against their human rights. Also we want to make Hopeful Home available on all devices 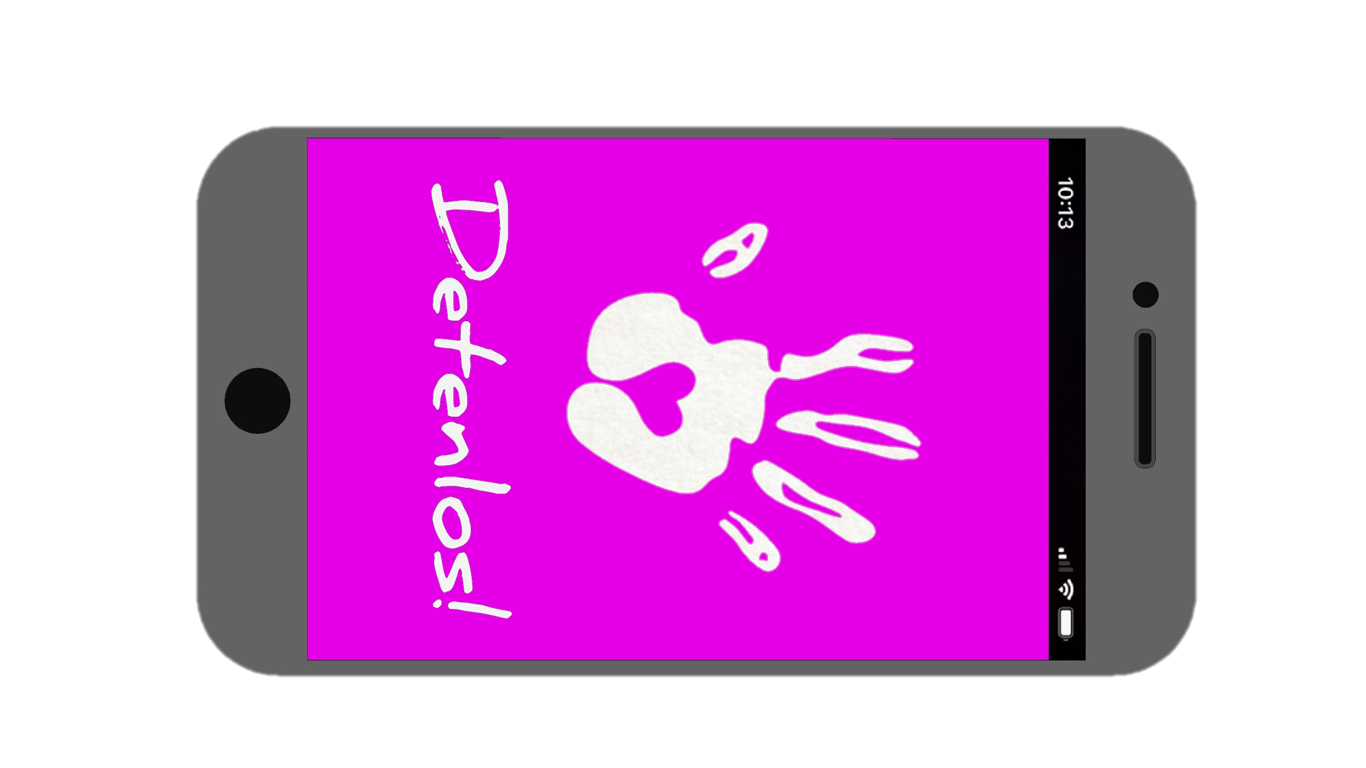 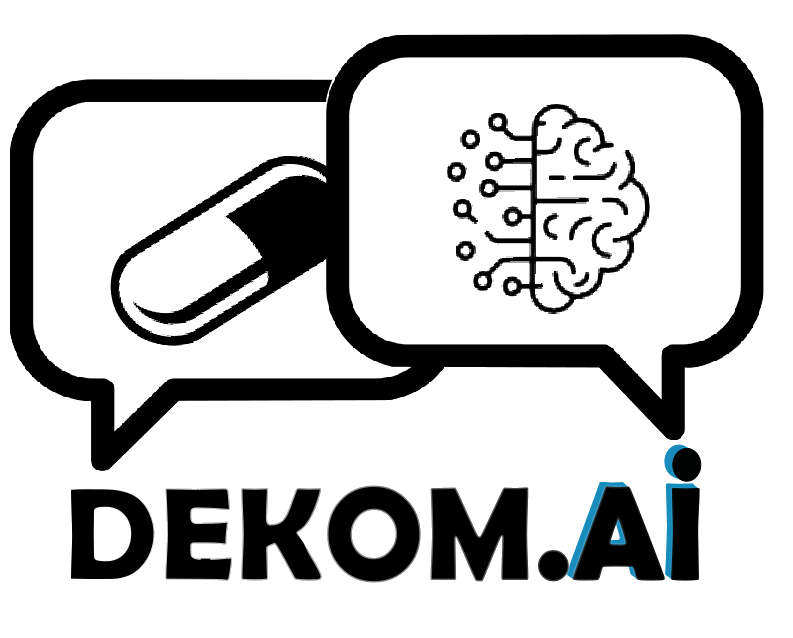 DekomAI is a chatbot that will optimize the healthcare system by automating doctor's mundane tasks.