So, this is project huh (that's just a sound that I made trying to invent a name)

I believe that the current situation (as well as possible future ones) could be better handled if government and public would unite their forces. As tracking services are already implemented by the first ones, I decided to propose the idea, what could be done by regular people to fight with disease.

This is minimalistic application, so it is comfortable to rapidly tap "alert" button if someone coughing or sneezing around. Application remembers the location and sends it to the database with timestamp, so we will see which regions were affected last hours/days, how badly and should we avoid them or not, based on the score (amount of cases/ distance). I decided to propose such a simple approach to reduce the load on connection and servers (cheaper data processing and usage) as well to reduce the requirements to client's hardware, so people all around the world could use this. I believe that in such extraordinary situations, we should especially consider economics, which is highly affected by unstability in the world. Additionally, we should be careful with our data usage (in terms of traffic and processing on servers), because a lot of professionals trying to conduct researches or collecting statistics also relies on these resources.

How we built it?

Well, at least I achieved sort of completeness. Anyway, I'd like to work more on this project.

What's next for huh

First of all, user profiling, this is important, then score calculation (to understand, which area is more contaminated), AR later. 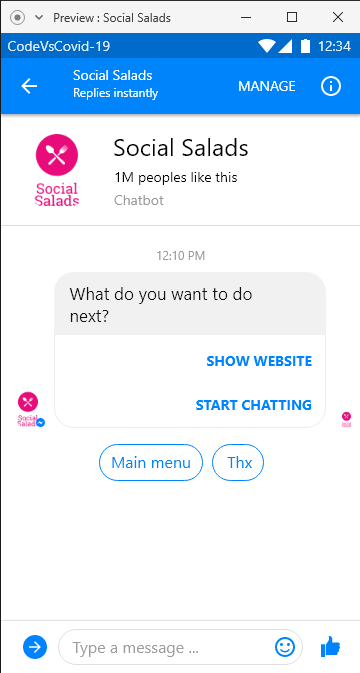 A chatbot to support people in quarantine to socialise through the art of cooking!