Here is the idea of team “Info-virus”.

The idea is to fight the coronavirus with another virus – informative virus. Small. Spreading fast and turning its carriers into spreaders of their own. Extremely specialised for the current situation.

The problem to solve – the lack (after a while) of enough motivation in many people to comply to precautions, which leads to more people getting seriously ill and to more deaths. Additionally, it leads to longer state of emergency and additional economy collapse.

Many people tend to become more and more “tired” to comply to precautions with time. And/or tend to think (after a while) that it is not that bad or risky.

A solution to mitigate the problem. A web site with single, quite short, but updated often, article, full of valuable information. Spreading the news about the web site.

A special concern about the idea is not to do more harm than good by increasing the anxiety and fear, connected to the current situation. To target the right groups of people that tend not to comply to corona virus precautions (in the long run). To send the most effective messages to these people.

The concept has many details that I will skip here for brevity.

The solution is already working as a web site in Bulgarian, my native language. We will be very happy to spread the idea internationally, since we think it can be valuable for fighting the virus in other countries as well.

The idea went public quickly – I needed about a week to go public with the web site. Now, I use a paid by me Facebook announcement leading to the site. For instance, after the web site became public about a week ago, for the Saturday of 28th of March, the Facebook announcement reached about 14 000 people and lead to about 1000 visits of the web site in one day. And the cost was only about 14 euros. In working days, the visits are lower substantially, but still quite impressive as percentage from the number of reached people and as cost per visit.

As far as I know, digital marketing specialists consider, for such announcements, that they are success if visitors divided by reached people is 2%-3%. The numbers above show that here this percentage is more than 8%. 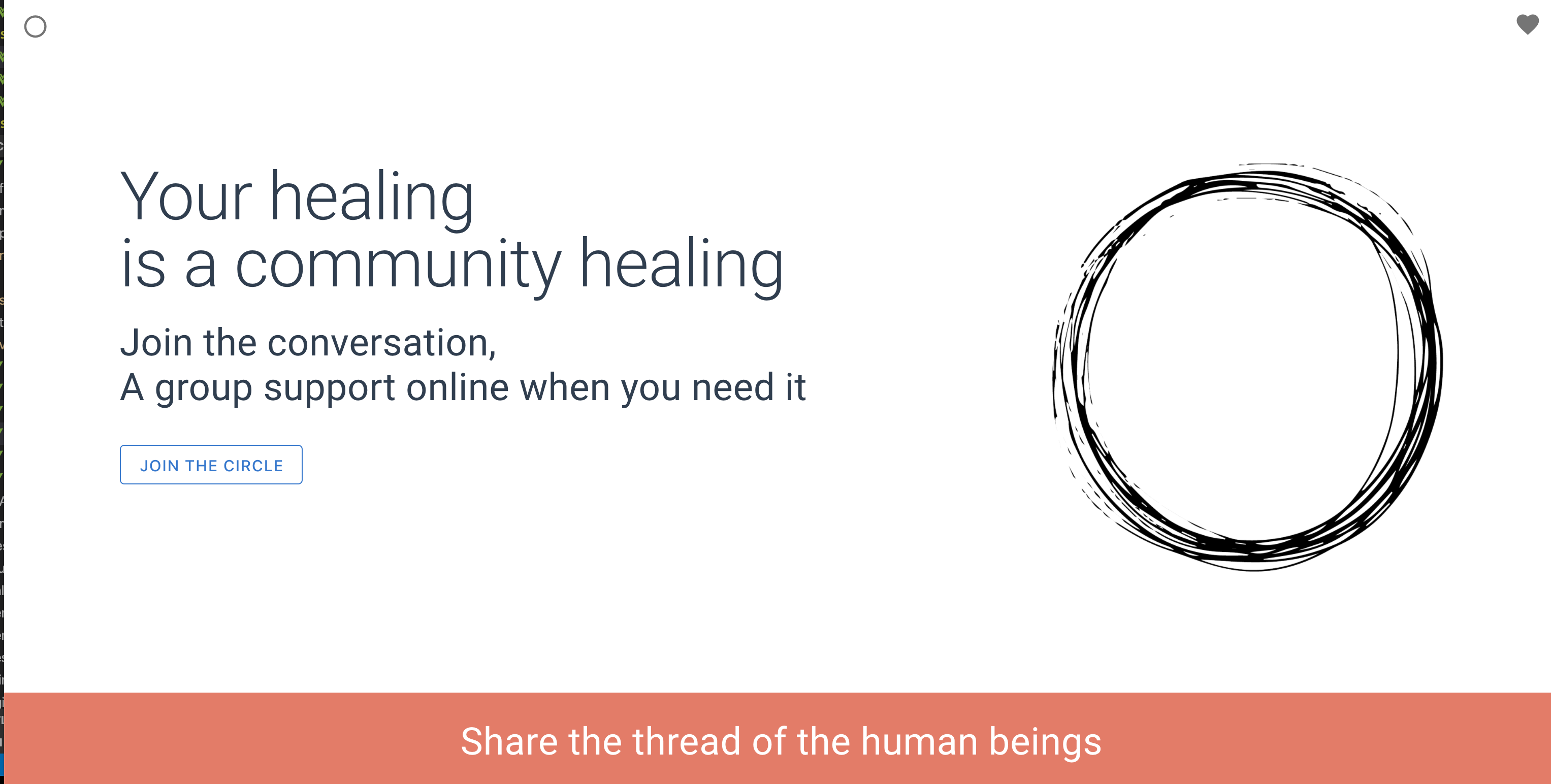 Group Therapy and Sharing platform. The idea is that individual healing can be similar to others healing and this becomes a community healing, especially during these uncertain times.