On September 19th, 2017, Mexico suffered for the second time an earthquake that devastated several cities and towns around the country’s center zone, including Mexico City.

Altruism arised nationally and internationally, however, several cases deviations and embezzlements with the donations began to be known, which inhibited national and international donors due to the lack of certainty that the resources will actually reach those in desperate need, hardly affected by the natural disaster.

With this in mind LifeChain was born, redefining the way in which donations are collected and delivered, by keeping track of them from end to end.

On July 2019, LifeChain was tested as the fundraising engine for the KIO Networks Foundation. The cause in hands called people to donate resources to equip kids and young adults suffering visual impairment with keyboards, monitors and technology that allow them to join the Internet and take advantage of all it has to offer.

With the use of Ethereum, one of the most recognized and powerful public Blockchains, LifeChain enabled the process of collecting donations, its pathway between the cause main actors, the foundations in the middle, the banking accounts, and legal deductible receipts, till reaching the ultimate beneficiaries with success and transparency.

Our service records in blockchain evidence of each transaction in the value chain. Today the service creates a tokenized representation of actual documentation produced as a result of each transaction step through the process. Each token is written into the wallets of all the participants having Ethereum blockchain as the foundation.

The tokens are representations of bank deposit slips, deductible fee receipts emitted by one or more authorized foundations participating in one cause which are given to the donators, and certifications where the beneficiaries sign off the reception of the donation.

LifeChain does not collects money, which makes easier to comply with anti money laundry laws.

LifeChain is based on Blockchain technology on the Ethereum public network. Money, assets, and transactions are tagged under different encryption and tokenization standards. This allows the production of blocks of evidence in sequence creating the chain of transactions events as they happen, which inherit the most powerful properties of blockchain that are immutability, traceability and reliability.

60% of donors avoid foundations due to distrust of these organizations on the right, timely and amount being given to the beneficiaries. These type of donors opt to do donations in kind, seeking to give it directly to the beneficiaries. This condition generates a problem of lack of scale and coverage of potential donors reducing the impact of help that could have been gathered and provided. According to academic surveys, 54% of the participants in the survey trust little or do not trust at all in foundations. For this reason, foundations impact is limited and don’t contribute significantly to alleviate the problem at the bottom. Besides the mistrust, in general foundations lacks of agility in giving the resources collected in a timely manner to the beneficiaries. When the help is given a long time have passed and lot of hardships have been experienced by the beneficiaries. 5% of the sample surveyed answered to had been victim of fraud when donating. This is another important cause for people to lose will when donating campaigns happen.

Fundación KIO Networks July 2019 Cause: “Nado con causa - Una brazada, una visión a la vida”. Translation: A swimming with cause, a stroke a vision to life. Status: In production During the launch of the cause, people could made donations and track their money. It is still open and donations can be made still. Site: https://fundacionkio.org.mx/nado-con-causa/ donate and live the whole process. Main features: Payments and  Billing automation, automatic statistics and money tracking.

Talent Land 2018’s hackathon winners We won the public sector prize by proposing and building a working prototype of a participatory public budget, where certain amount of the budget is launched for the citizens to vote on the projects they propose during a period of time using social networks, such as twitter to communicate and gather the votes in a certain period of time. Those projects most voted win the public budget for it to be funded, using blockchain.

We have been learning a lot from a broad scope of subjects including technology itself where we felt more comfortable, but making our platform robust and secure for production made us go deeper in technology arenas where we were not so knowledgeable when we got there. Even in blockchain one of our strengths, we discover new tools we used to increase the functionality and user experience by installing our technological architecture. Beyond technology we had to build a whole business model, financials, value proposition, marketing, legal contracts, partnerships, etc.  All the above can be distracting and overwhelming but we always kept and still keep  our purpose on top of everything as a guiding compass that give significance and direction to the effort and the tasks being planned and executed.

At the end, what matters is that we can make a difference in the world by helping to solve the most common and impacting problems experienced by foundations around the world which are being reliable and agile organizations on their individual missions. We feel confident we are building a better future for those who needs a helping hand in their worst moments enabling a global donors network for as much good causes as possible.

What's next for LifeChain

We want to take LifeChain to the next level, by making it to support multiple foundations that could have active several causes each.

LifeChain will be evolving to become a SaaS-type platform supporting multiple foundations that can use it autonomously by launching and managing their own causes and relevant actors from start to finish.

We want to also increase the level of certainty in the recording process, by hashing the actual official documents used as evidence on each step of the process of each cause, along with the token tagging each document so it can be handle in the blockchain wallets of the participants with links to the digital versions of them.

Foundations are currently seeking to alleviate the effects of the pandemy being experienced globally now and the effects that will be suffered by many around the world after it ends. LifeChain is ready to help now and will be improved and ready to help Foundations and causes in the future. 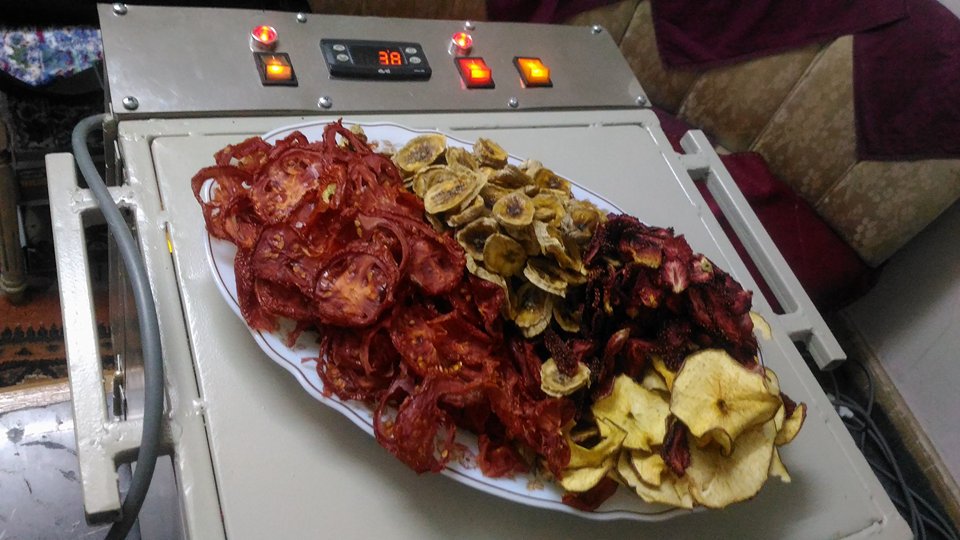 ECO is the only Arab food dehydrators provider , its the only enables farmers for the first time turning crops surplus that goes to waste to harm environment into powder food IN JUST 6 HOURS