A simple, modern financing and budgeting website.\ Input financial information and budgets and see charts that help you visualize and understand your finances. We came up with the idea for Paper by reflecting on the financial problems many people struggle with. To solve this problem, we decided to create a budgeting and financing website because we believed it would help solve this problem. We decided to make it a website because it would allow for our tool to be widely accessed by people. In the beginning, we tried to add a Google login button to our website and use a database to store user data so that it could be loaded at a later date. However, we struggle with this and it ended up using five hours of our development time. In the end, we decided to scrap the idea and instead save the data using cookies. Instead of hosting it using Google Cloud's App Engine as we had originally planned, we decided to use GitHub Pages. Both of us benefited greatly both as developers and collaborators. We learned how to effectively organize a project using Trello, synchronize files using GitHub, and communicate roles and tasks. To create our charts, we found and utilized an API we found online called chart.js. Throughout the entirety of our project, we struggle greatly with UI and a significant amount of time was spent attempting to make it intuitive appear modern. 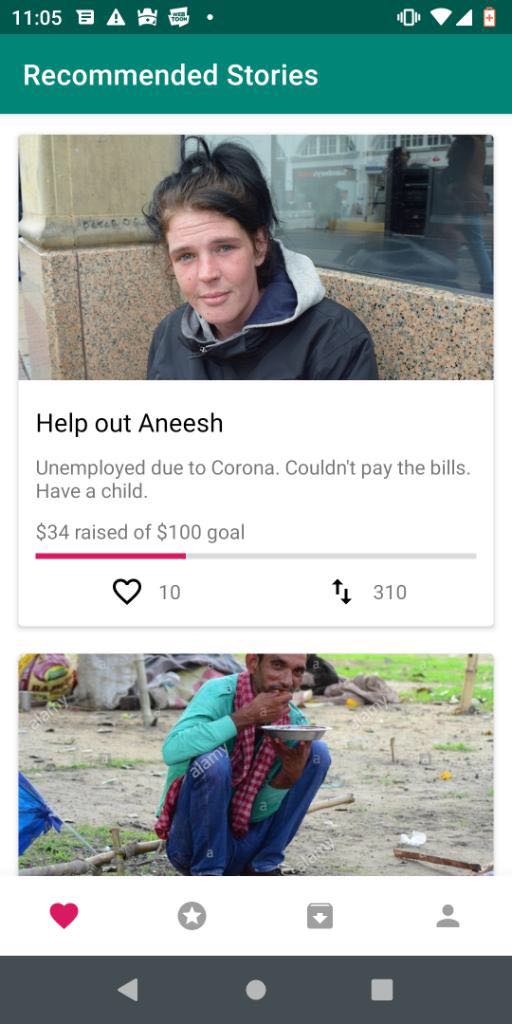 Although 80% of homeless people have access to phones, they do not have access to resources and connections. Our app is a way for them through change their lives using crowdfunding and accountability. 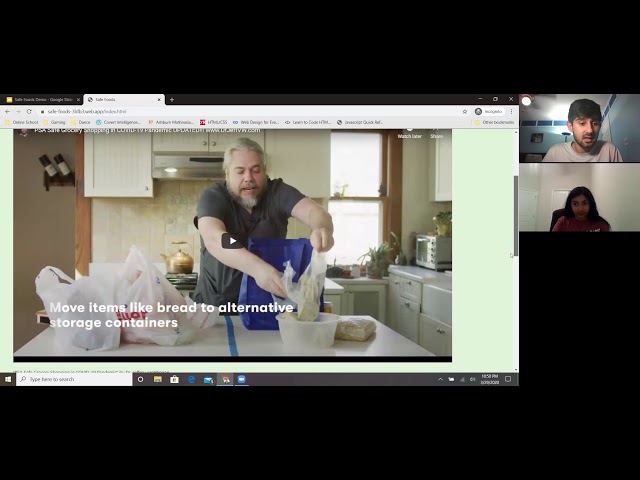 Our goal is to deliver sanitized groceries to people in need around Loudoun County.