"Domestic violence is rooted in power and control, and all of us are feeling a loss of power and control right now.” Globally, we see police stations reporting worrying evolutions in call numbers about domestic violence compared to previous months or years. Moreover, past experiences have shown that in crises like the current one, this hidden problem becomes even bigger. Now that many families are constantly together, existential fears exist, insecurity prevails, and social exchange and balance is lacking, the risk factors for domestic violence increase.

At the moment, we lack data of what the situation looks like in Switzerland, however, an article published on nau.ch on the 4th of April highlights that they have been more calls related to violence since the beginning of the lockdown in Switzerland. The shelter establishments still have capacity at the moment, except for Zurich, but this means the time to put a suitable plan for an out-of-room capacity is now.

On the other hand, the hospitality industry is currently suffering due to radical travel restrictions leading to a decrease in tourism. The majority of establishments have closed, whilst others are still open or changing their concepts and offering their rooms as a space to self-isolate or as housing for staff of the health system. What if, we could secure rooms in hotels to accommodate victims of domestic violence in case the shelters run out of capacity?

«Protaction (protection + action) House» deals with the increased demand for shelter by victims of domestic violence. By connecting shelter establishments with hospitality providers, the vacancies in the latter can be used when the shelter establishments run out of capacity. Thus, they will no longer have to send victims away but can accommodate them on demand. Moreover, it can also serve victims that are currently staying in an establishment and would like to extend their stay. After the crisis, a plan expanding to home owners would be put in place.

The challenges included the lack of data and information regarding the current situation from Swiss shelters. Due to the fact that the hackathon took place over the weekend, most shelters were not available for interviews or to give us more detailed information.

What's next for Protaction House

The next steps are in-depth interviews with the shelters to clarify the needs and requirements of the victims we are trying to accommodate. After analyzing the results, we would then get back into contact with hotelleriesuisse to work out an action plan regarding which hotels would be best to contact, maybe there is an urgent need in certain areas, thus the main focus would to cover these areas as quick as possible. Lastly, the Protaction House prototype will be further developed by a back-end and front-end developer to finalize the database structure, matching and user interface. This prototype would then go into testing and be tested by other user parties, e.g., shelter establishment and hospitality institution.

Relevance to the Swiss ecosystem

Progress achieved in the last 48 hours

An initial implementation of the website was created from scratch, relevant parties were contacted in order to obtain the required data, such as frauenhaus and hotelleriesuisse. 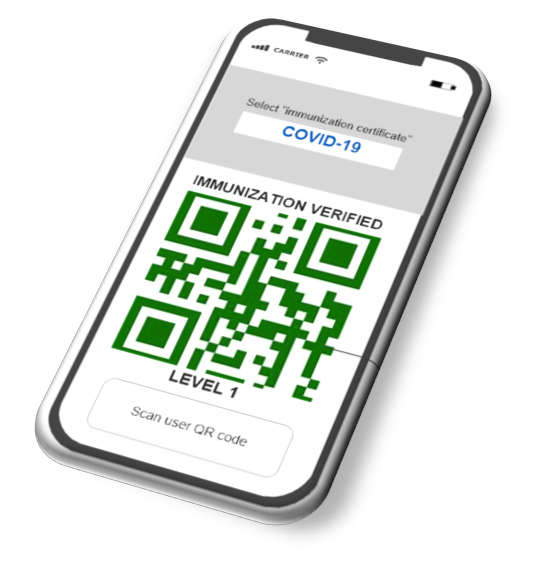 The lockdown affecting the Swiss economy can be lifted progressively by providing a trusted certification system of immunity against COVID-19 to allow Swiss citizens to work and travel again.

3D printed reusable respirator mask with flexible material, optimized air in-flow, protected filter unit, and different sizes. The mask can be easily disinfected and is compatible with any filter.