The risk group (notably the elderly people) is exposed to a higher probability to suffer of severe complications if they contract the virus. Our goal is to advise them safer routes in order to decrease the risk of being sick.

Since the data about the persons are generally subject to ethical critics, our goal is to simulate the movement of the population under different scenarios, using as much acceptable information as possible (e.g. the population density, the number of residents, etc.), in order to define, as precise as possible, the less frequented areas where the risk group does not encounter a major risk of contamination. This is a probabilistic approach and can be enhanced, for instance, by training the model with real data and then only expose the predictive/estimated (and not live) scenarios. This has the advantage that the real data would not be used for real-time tracking or be exposed by any sort to ensure the privacy of everybody. The software then recommends a safer route for the risk group.

Concretely, the program simulates a city in activity with agents representing the population (proportional to the numbers of inhabitants) under different scenarios (e.g. quarantine, immunized ratio, stay-at-home rate, etc.) and shows a website with safer (less frequented) areas. The impact is to inform people at risk (e.g. the elderly people, the individuals with underlying medical conditions, etc.) where they can wander without too much risk. It is currently written in Python with Plotly and Mapbox and can easily be brought to the cloud.

The challenges were multiple. First, the choice of the data; what pertinent information has to be taken into consideration to simulate the movements of the population. Second, the elaboration of the model; how to train a simulation generator that can reflect the reality as close as possible (and eventually trained with real data). Finally, what kind of setup can deal with a large amount of data for the simulation using cutting edge technologies (like GPUs, etc.) and can bring it to the Web.

We were proud to accomplish in a short time everything we wanted to create; so a Web prototype, ready to be enhanced with real data.

The development of a map with Plotly and mapbox and also how to create a video with Adobe Rush.

What's next for Safe Routes 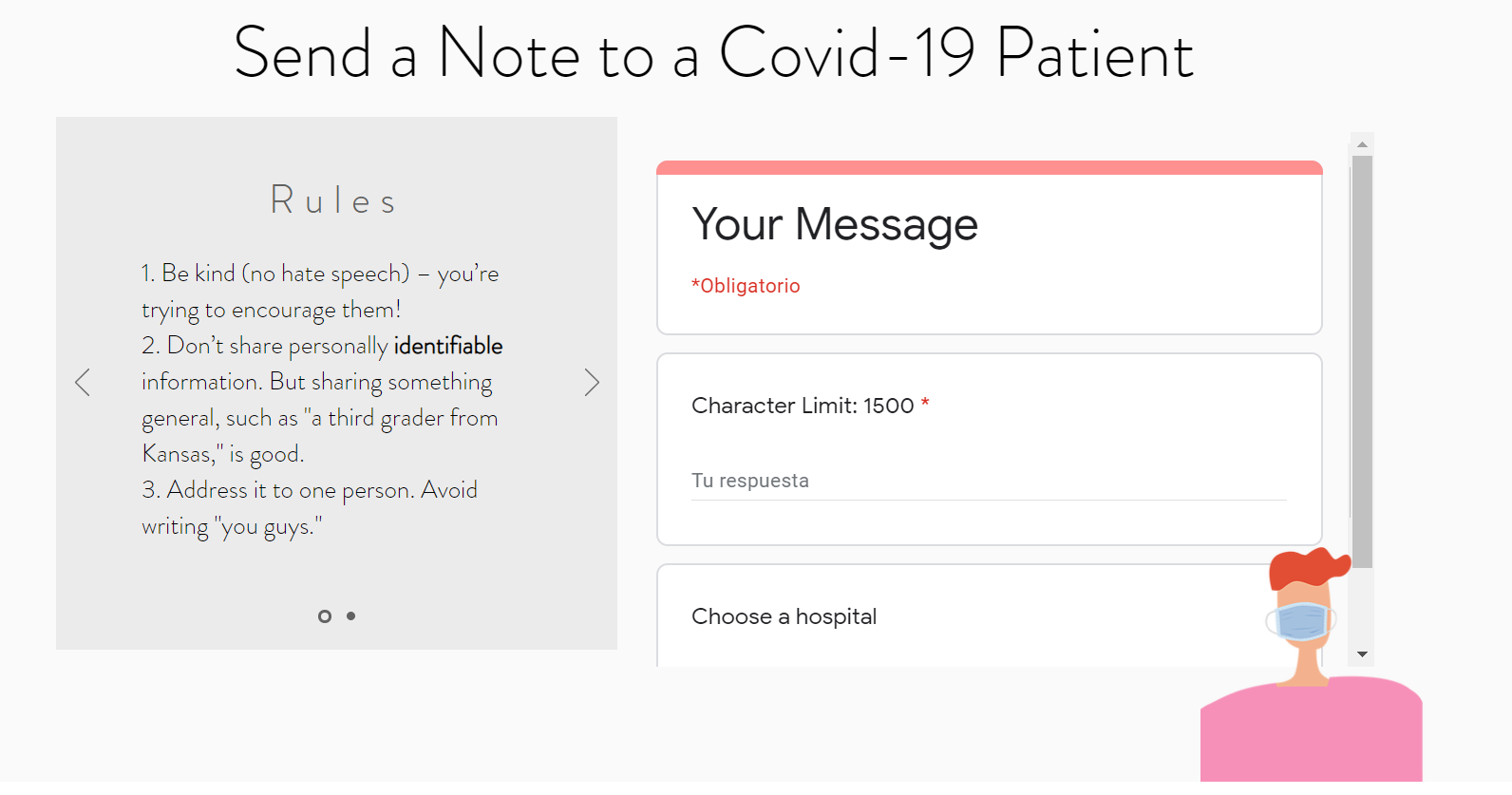 Anyone can send notes of encouragement to COVID-19 patients & health care workers, which we'll print & send it to hospitals!