Los Angeles and many cities have pothole inconveniences that cost billions of dollars in damage and repair. We aim to utilize crowd sourcing to help cities and individuals locate potholes easier and for free.

SideTrack is an ios app that manually or autonomously reports potholes to our Oracle Database. It uses user-reports, accelerometer and gyroscope tracking, and video/photo input that is transferred into a model to determine the intensity of the pothole.

Potholes are stored on a database and available to users in a google map interface available to all users. Each pothole has individual statistics corresponding to several attributes: GPS location, Photo(s), Spatial location i.e. 2 right most lane. Ratings for various statistics: depth, size/avoidability, hiddenness, probability that a pothole is in image capture

The app has the following components:

We completed a functional app, with landing website, minor bugs that can be fixed with more time.

What's next for SideTrack

Applications With enough users we will be able to develop detailed pothole maps describing where and how to fix most urgent potholes based on construction delay, probability of pothole caving again, potential damage 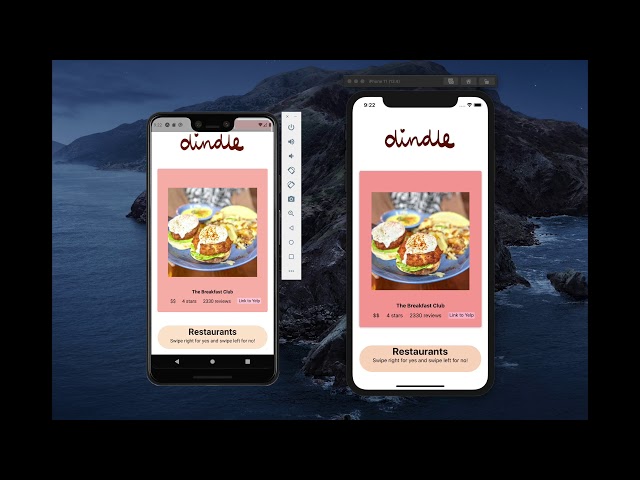 It's time for dinner again, but you and your friends or significant other can never figure out or agree on where to eat. Look no further! Dindle is here to help you both make that decision.